The 2018 Farm Bill legalized the production and cultivation of industrial hemp. There is no taxonomical difference between hemp and marijuana. They are the same species of plant. Hemp describes a cannabis plant that contains 0.3 percent or less Delta-9 Tetrahydrocannabinol (THC) by dry weight. Delta-9 THC is generally referred to simply as THC. There are over 100 cannabinoids in the cannabis plant. Cannabidiol (CBD) is commercially available and not viewed as psychoactive.

USDA regulated hemp plants are the source of the CBD and Delta-8 products you find on store shelves. CBD is also found in flowering marijuana plants that contain higher levels of THC, but only hemp-derived CBD products are legal for sale in all 50 states. Learn more about CBD on the Tranquil Earth blog!

The FDA, “Recognizes the potential opportunities that cannabis or cannabis derived compounds may offer and acknowledges the significant interest in these possibilities.” But in the eyes of the FDA, CBD is not a dietary supplement.

This means that CBD cannot be marketed with the typical Structure/Function claims that are found on a bottle of Fish Oil or heard on an AM radio commercial for a multivitamin. An example of a structure/function claim is “calcium builds strong bones” and describes how a supplement ingredient is intended to affect the normal structure and function of the human body.

Why is it so hard to pin down why people use CBD or what it does? This decision by the FDA explains everything.

These restrictions do not preclude us from providing access to discussing the ever growing body of scientific research on the CBD and its potential uses. One of the most interesting recent developments concerns seasonal affective disorder.

Nothing contained in this article is intended to be a substitute for professional medical advice. 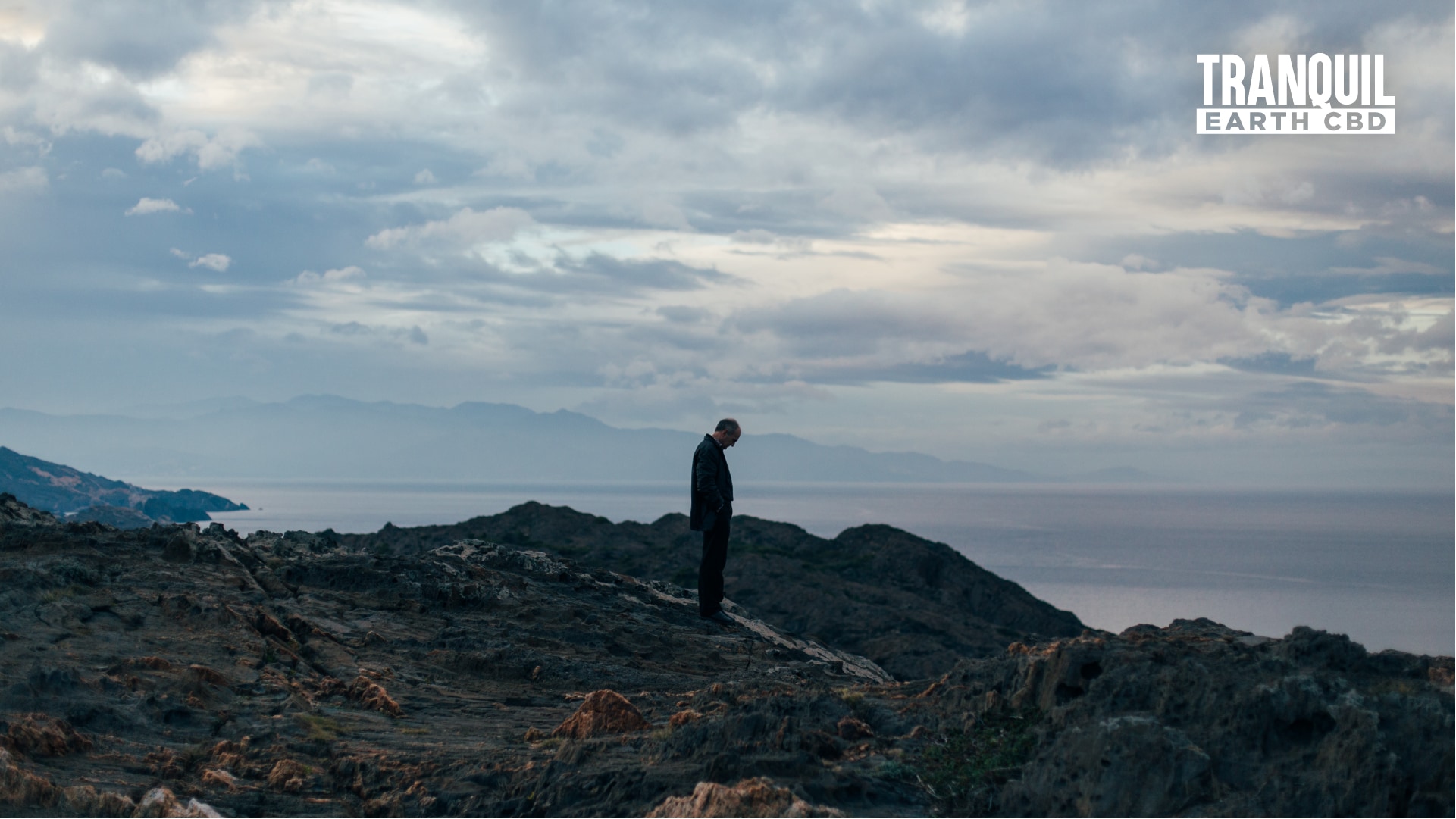 Seasonal Affective Disorder (SAD) is a mood disorder that is related to changing seasons. It is more than just the winter blues or a natural inclination to avoid unpleasant weather conditions. The most prevalent form of SAD corresponds with a decline in sunlight during the winter months. Depression related to the start of spring and summer is a less common form of SAD.

The American Psychiatric Association views SAD as a form of depression. In the Diagnostic Manual of Mental Disorders (DSM-5), it is referred to as Major Depressive Disorder with Seasonal Pattern.

January and February are the worst months in the United States for SAD. Five percent of adults will experience seasonal affective disorder and it can last for a staggering 40 percent of the year. It is more common in women than in men. There is a direct correlation between SAD and the distance one lives from the equator.

The most common symptoms of SAD include overeating, carbohydrate craving, sleeping too much, weight gain and lethargy. The American Psychiatric Association lists the following as symptoms of SAD.

Individuals with bipolar disorder are more susceptible to seasonal affective disorder. Mania has been linked to seasonal change in some individuals and depression during the winter months is more likely. 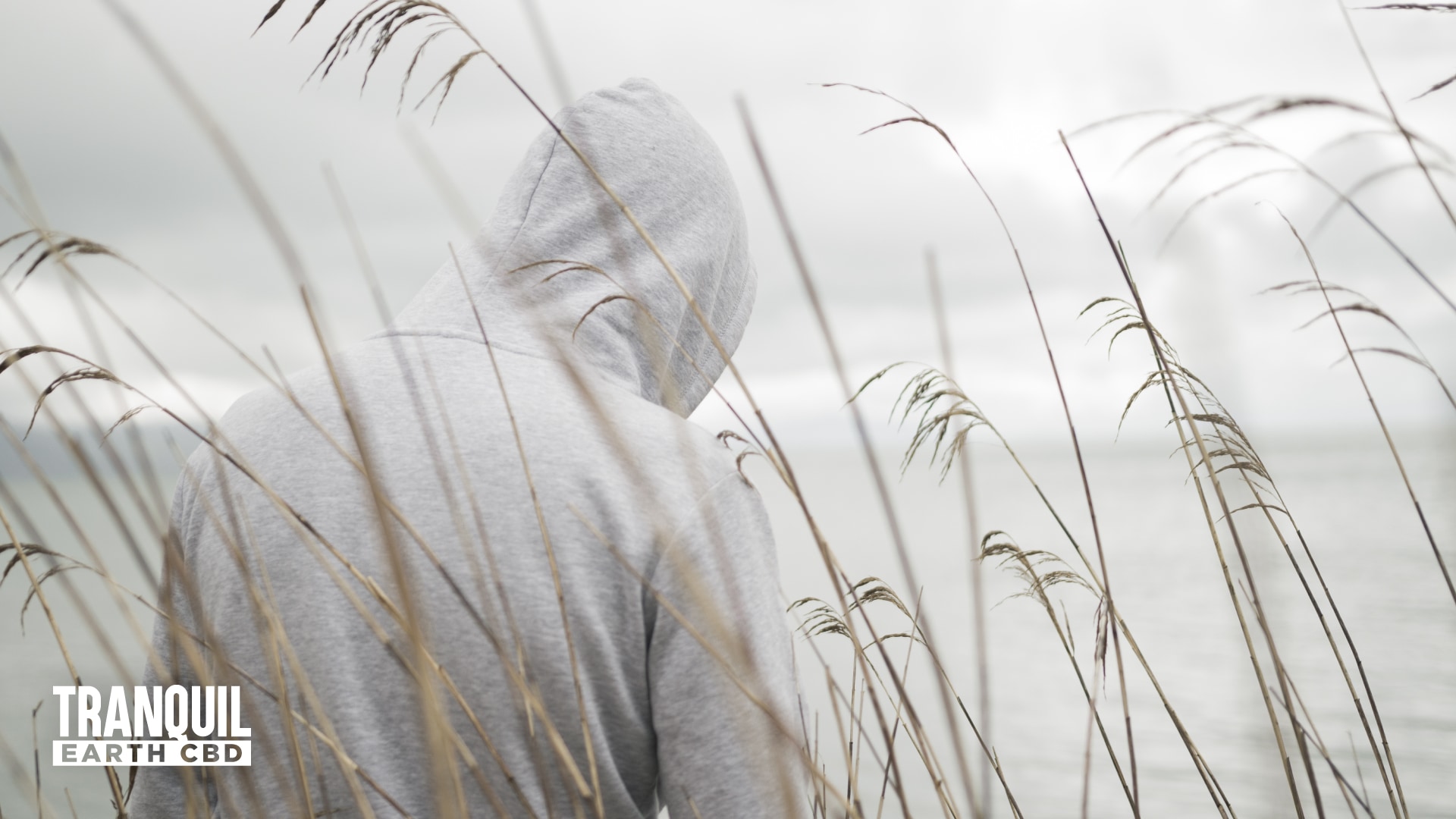 There are several proposed triggers for SAD. Vitamin D deficiency is a popular explanation. A deficiency of vitamin D explains why seasonal affective disorder would correspond with the reduced daylight of the winter months and why it is more prevalent the further one moves from the equator. Adults are recommended to get 15 minutes of sunlight per day in the winter, a number that is difficult to achieve with little exposed skin and inclement weather.

Lowered serotonin levels are another common explanation. The neurotransmitter serotonin regulates such critical functions as appetite, sleep, memory, sexual desire, and mood. Low serotonin levels have been linked with depression.

University of Copenhagen researchers found that the long and dark nights of winter are a likely cause of the low serotonin levels found in people with SAD.

If you feel your depression is severe or if you are experiencing suicidal thoughts, consult a doctor immediately or seek help at the closest emergency room. National Suicide Prevention Lifeline – 800-273-TALK (8255).

The American Psychiatric Association recommends light therapy to address the lack of sunlight and vitamin D. Their other recommended treatments are antidepressants, talk therapy and cognitive behavior therapy. CBD is another modality that has been researched and the results have provided reason for optimism. 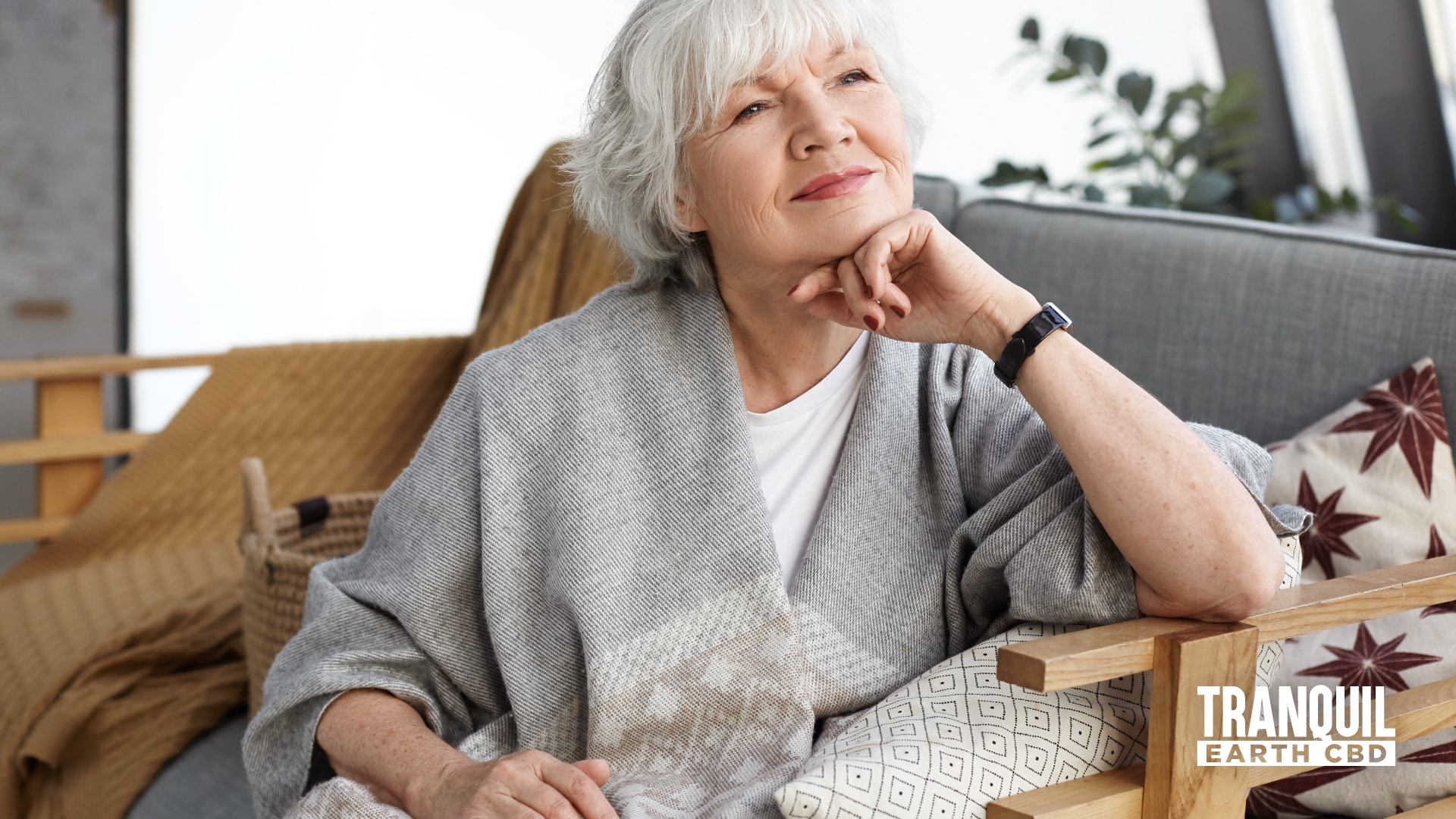 It is important to keep in mind that the FDA has only approved one form of CBD as a fully regulated medical treatment. Epidiolex is a prescription strength oil used to treat epilepsy. There is a growing body of evidence that suggests scientists have only scratched the surface of CBD’s potential.

A 2019 study in the journal Molecular Neurobiology found that CBD has at least one major advantage over anti-depressant drugs: It is fact acting.

“Currently available antidepressants have a substantial time lag to induce therapeutic response and a relatively low efficacy. The development of drugs that addresses these limitations is critical to improving public health. Cannabidiol (CBD), a non-psychotomimetic component of Cannabis sativa, is a promising compound since it shows large-spectrum therapeutic potential in preclinical models and humans.”

Following up on this lead with a study on male rodents, researchers sought to discover if a single dose of CBD could induce rapid and sustained anti-depressant like effects. Their results, “indicate that CBD induces fast and sustained antidepressant-like effect in distinct animal models relevant for depression.”

The most obvious channel through which CBD could address SAD is through serotonin levels. There is a growing body of evidence that CBD tends to show positive effects when it combines with the serotonin receptors in the brain.

In this model, CBD interacts with the endocannabinoid system and elicits a biological response that may improve the emotional state, alleviate levels of anxiety or depression. Currently, much of the research conducted on CBD has focused on its potential anxiolytic properties. Anxiolytic describes a substance that reduces anxiety. In terms of SAD, it is the research concerning CBD and depression that merits further investigation. 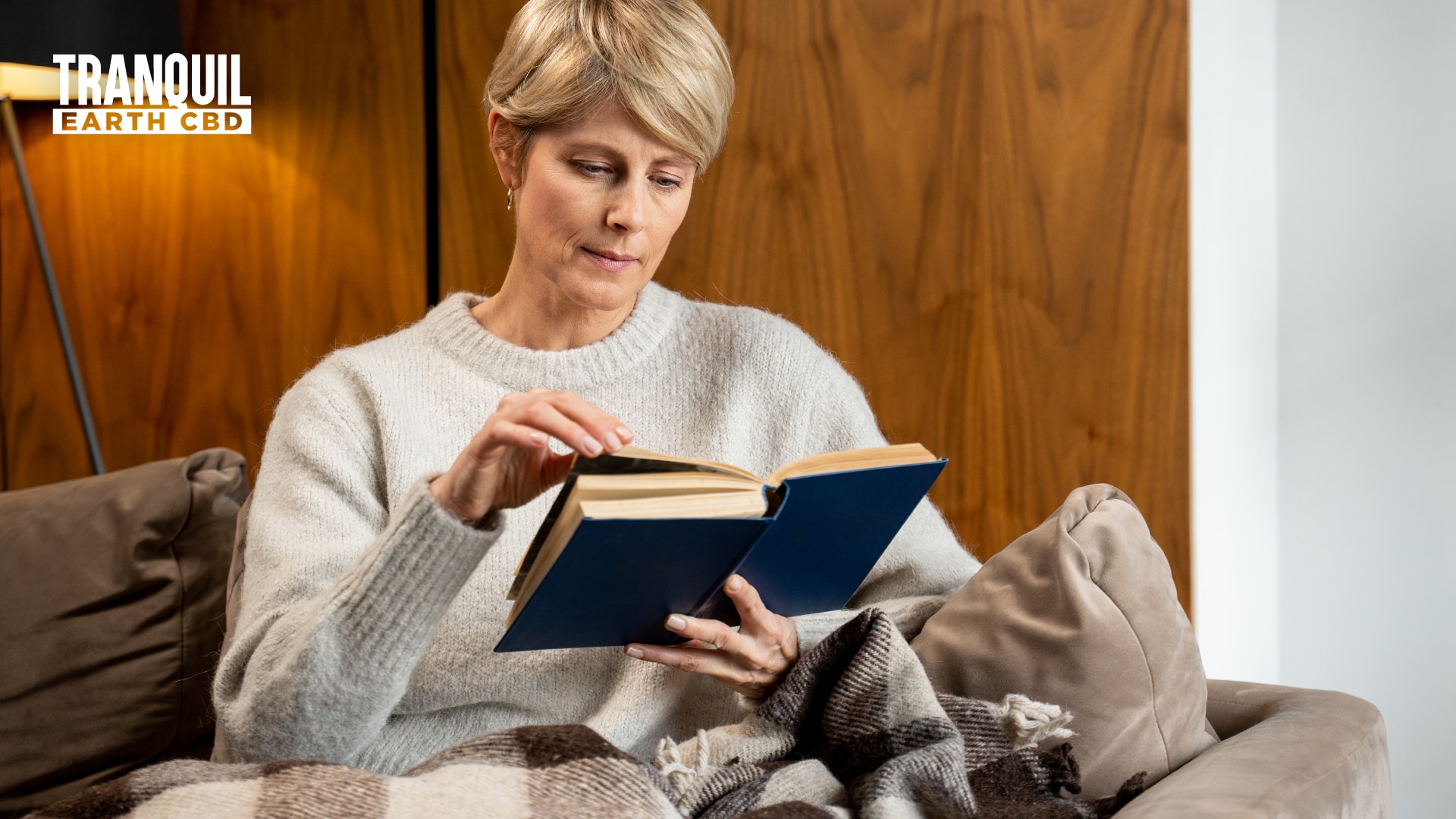 A 2014 study, published in CNS & Neurological Disorders- Drug Targets, made a strong case for CBD. “Cannabidiol (CBD) is a constituent non-psychotomimetic of Cannabis sativa with great psychiatric potential, including uses as an antidepressant-like and anxiolytic-like compound.”

These findings corresponded with a 2012 study published in the Brazilian Journal of Psychology. This review of prior research found that, “Studies using animal models of anxiety and involving healthy volunteers clearly suggest an anxiolytic-like effect of CBD. Moreover, CBD was shown to reduce anxiety in patients with social anxiety disorder.”

The anxiolytic impact of CBD is discussed more in these first two studies than depression, which seasonal affective disorder is considered a form of.

The interesting subject of CBD and depression was examined in an earlier study in the Brazilian Journal of Pharmacology. The study authors determined, “CBD induces antidepressant-like effects comparable to those of imipramine. These effects of CBD were probably mediated by activation of 5-HT(1A) receptors.”

Imipramine is a tricyclic antidepressant used to treat symptoms of depression. According to Medscape, serotonin reuptake inhibitors (SSRIs) are the most studied and effective psychoactive medications for seasonal affective disorder. The American Psychiatric Association has a different take and asserts SAD can be treated with the entire range of medications for major depressive disorders included imipramine.

Simon Manthorpe, CEO of EOS Scientific, has launched his own research into CBD and how it is viewed by Britons. He found that 38 percent of Brits would be use CBD to manage mental health and 30 percent are wary of approaching a doctor about their mental health in fear of being prescribed a medication too severe for their symptoms.

His views on the potential of CBD are sweeping and provide a glimmer of hope for those debilitated with seasonal affective disorder.

“CBD oil could potentially provide a real alternative to the anti-depressants that the NHS have been prescribing at an unprecedented rate. Britain’s working culture has changed drastically in the last 40 years, and these findings demonstrate how long hours and high-pressure employment is affecting our mental health. It does seem that many are looking towards holistic remedies with CBD products playing their part in helping Britain’s mental health crisis.

During these post-summer blues that are experienced in September, we should be providing greater awareness for families and adults alike across the UK for holistic and natural remedies that have the potential to ease the stresses experienced by sufferers of SAD, without risking these people to the potentially damaging side effects of prescription drugs.”

This article is not meant to be a substitute for professional medical advice, diagnosis, or treatment in any manner. Always seek the advice of your physician or other qualified health provider with any questions you may have regarding any medical condition. Consult a qualified medical professional before starting any medication or using any form of CBD.