Skip to content
Home
/
Meet One of Our Hemp Farmers

The hemp economy has boomed since the 2018 Farm Bill. This week, I talked with Fen Rascoe, one of Tranquil Earth’s hemp farmers, about the challenges that come with growing hemp and what the plant’s future could hold.

Madeleine: Where is your farm located? What makes the land suitable for growing hemp?

Fen: We’re located in the northeast quadrant of Eastern North Carolina, which is called the Roanoke Carolina area. It’s right on the mainland where you get to the Outer Banks, so we’re within miles of the Albemarle Sound. It’s a good area. It’s a good peanut land, which is called a sandy loam soil. It appears that it’s been good for growing hemp because [of that] type of soil: it’ll get wet and then it’ll drain quickly. So we found that’s good with cannabis because cannabis doesn’t like its feet wet either.

M: And how long have you been farming hemp?

F: We started as soon as North Carolina allowed us to. That was the spring of 2017.

M: What made you decide to start farming hemp?

F: All farmers today are looking for some alternative crop they can put in their rotation that will add some value to their land [and] to their bottom line other than the commodity crops. Standard commodity crops are great, but the margins are razor thin. [As a farmer,] you’re always looking for some other crop that you could throw in there in addition to the standards of peanut, corn, soybeans, wheat.

A lot of us in this area were growing sage for clary oil. A group of us have always been kind of aggressive looking for the next thing, so that’s how we got into it early. [Hemp] is a Gold Rush-type plant.

M: Were you growing anything else?

F: The sage inventory got a little high, so we’re not growing that anymore. Unfortunately, synthetic clary oil has kind of taken that off the market for a while, so now it’s back to the basics of corn, peanuts, soybeans, and cotton. And trying to get as much industrial hemp as we can, too. But right now, the [manufacturing] infrastructure in the United States has a lot of catching up to do to make industrial hemp more viable.

M: Walk us through the process of farming hemp, from preparing the fields to harvesting and then to extraction.

F: Well, the first thing is to find good genetics. At first, it was like a gold rush mentality. People were grabbing at the first hemp they could find, and nobody had grown it legally on the East Coast prior to 2017. We all had to go out west to find [plants with] genetics that we thought we could be planted where we are. You want a female plant, you don’t want any males in CBD-growing plants. The male will pollinate the female plant, and then she’ll quit making the bud and the oil and concentrate on seed, and that’s not what we want. So we had to find a good, feminized variety from out West.

We found out that there it was hard to find anything that could withstand the hot, southern, humid environment. It took a year or two to find good varieties that could flourish in this environment, which is 90 degrees plus during the summer and 90 plus humidity, whereas out west, these plants have very low humidity. Humidity can give this plant a lot of problems with root rot and bud rot. 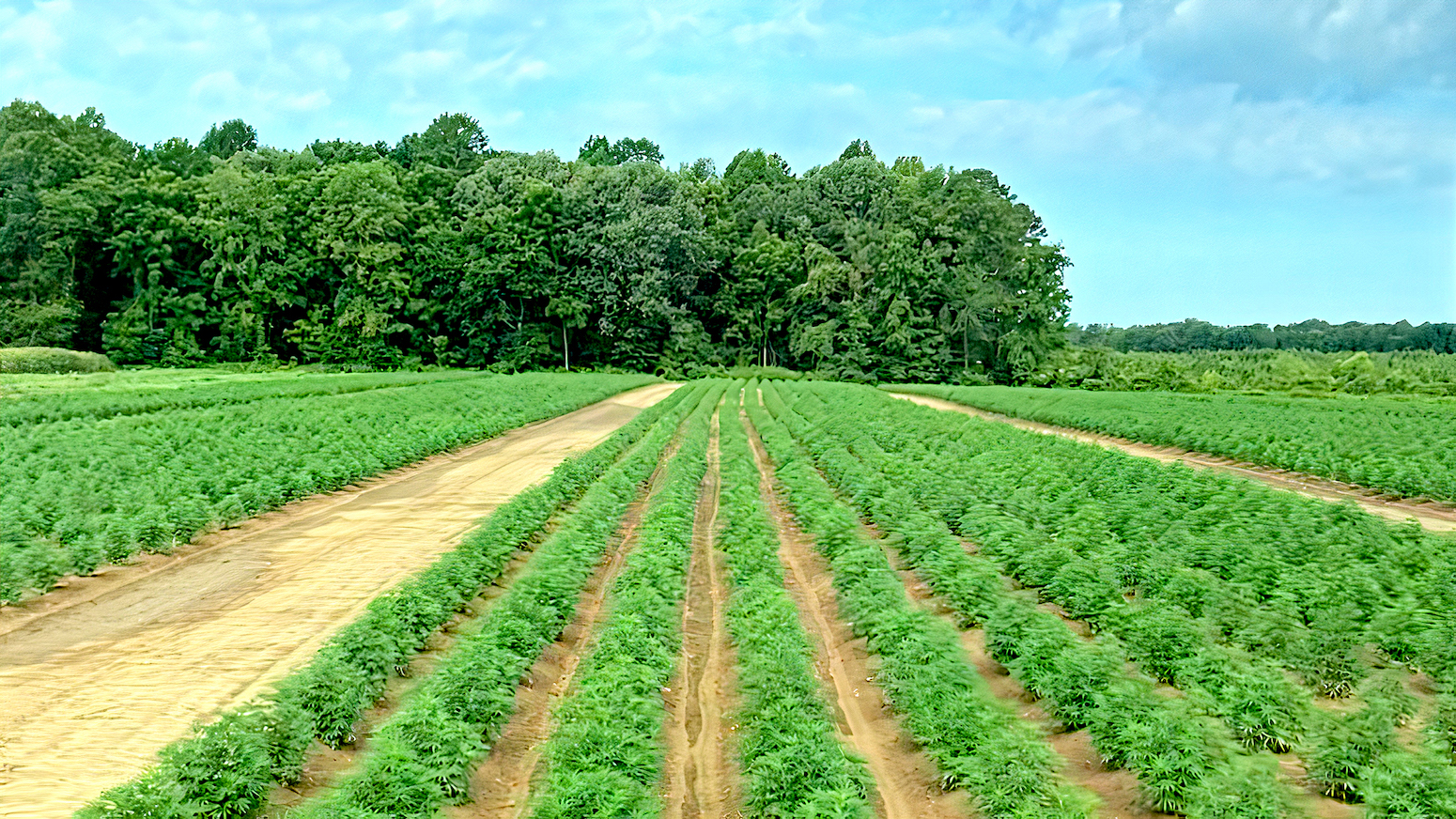 Once we got that down, we got female clones which were cloned off of female mother plants. We got feminized seed and nursed those in a greenhouse. Then you transplant them just like most people did tobacco plants. Depending whether it’s a fast-maturing variety or slow-maturing variety, harvest time comes usually in late September and all through October.

The in between time is a lot of babying and taking care of these plants. You know, a little too much water damage and not enough water will dry them up. You’re constantly battling worms, and other pests that we don’t spray traditional herbicide insecticides on. You’re basically going back in time, growing this crop like the old days.

M: Would you say that that’s the main difference in the way you have to grow hemp versus other crops?

F: Yeah, that has a lot to do with it. I think through time there will be great organic alternatives that we can spray traditionally, like we do other crops, to take care of these pest problems, worm problems, things like that, but that’s one hurdle.

The other hurdle is actually the government. Each state had a different set of rules from the 2014 Farm Bill that allowed each state to implement their own hemp program Then the Farm Bill of 2018 came out, which is a federal farm bill. It took hemp off the controlled substance schedule. But at the same time, the federal government got involved and [regulations say you have to have less than] 0.3% THC levels in the plant. If it goes over that, then you have to destroy the crops.

F: [The plant] starts to flower when the daylight hours get pretty even or start getting shorter in August. When that starts to happen, it starts forming the trichomes, which house the CBD oil. That’s when you start looking at it and testing your THC and CBD levels. So you take samples from the flower and send them off.

M: Is there anything else that’s really challenging about hemp in particular?

F: Well, where we are, we have other one other variable that people out west don’t contend with as much: we’ve got hurricane season. Each year we’ve grown, we’ve had to go out and reset the plants that have been blown down by a hurricane. By the time they’re flowering and they get really top-heavy, that’s when the hurricanes come. Luckily we’ve never had a direct hit yet, where it totally decimated the crop. So far we’ve been able to go back and stand them back up.

The humidity, the hurricane season, and genetics that weren’t normally bred to grow in south have been major hurdles, but we’ve overcome a lot of that throughout the years.

M: What do you find rewarding about growing hemp or farming in general?

F: Your farm is in your blood. Most farmers will agree with that. It’s a lifestyle more than it is a living. To be able to call your own shots, so to speak, and get outside every day and start a crop in the spring and see it all the way through to harvest in the fall. And hopefully make a little money off of it. Pay your bills. Feed your family. That’s one of the foundations that this country was based on, agriculture and hard work, so those same rewards play through to growing hemp.

But it is a totally different crop than most people are used to, unless you guerrilla-grew marijuana illegally…America is behind on industrial hemp. Maybe not as much [when it comes to] CBD, but Canada legalized industrial hemp 20 years before us. Even China has been growing it way longer than we have. That’s put us at a serious disadvantage trying to catch back up.

M: What’s next for hemp?

F: I think education to people, to the consumer. Who would have ever thought that the baby boomer generation would accept something that came from a cannabis plant? As you know, some of your major customer base are senior citizens looking for alternatives to normal pharmaceuticals for their pain and inflammatory issues. The more people that are educated on [hemp] and the more people accept it, then the brighter the future is.

The second thing is that when is the FDA going to accept it into mainstream consumables like beverages and food and that sort of thing? When that happens, I think we’ll see a much bigger market for [hemp]. 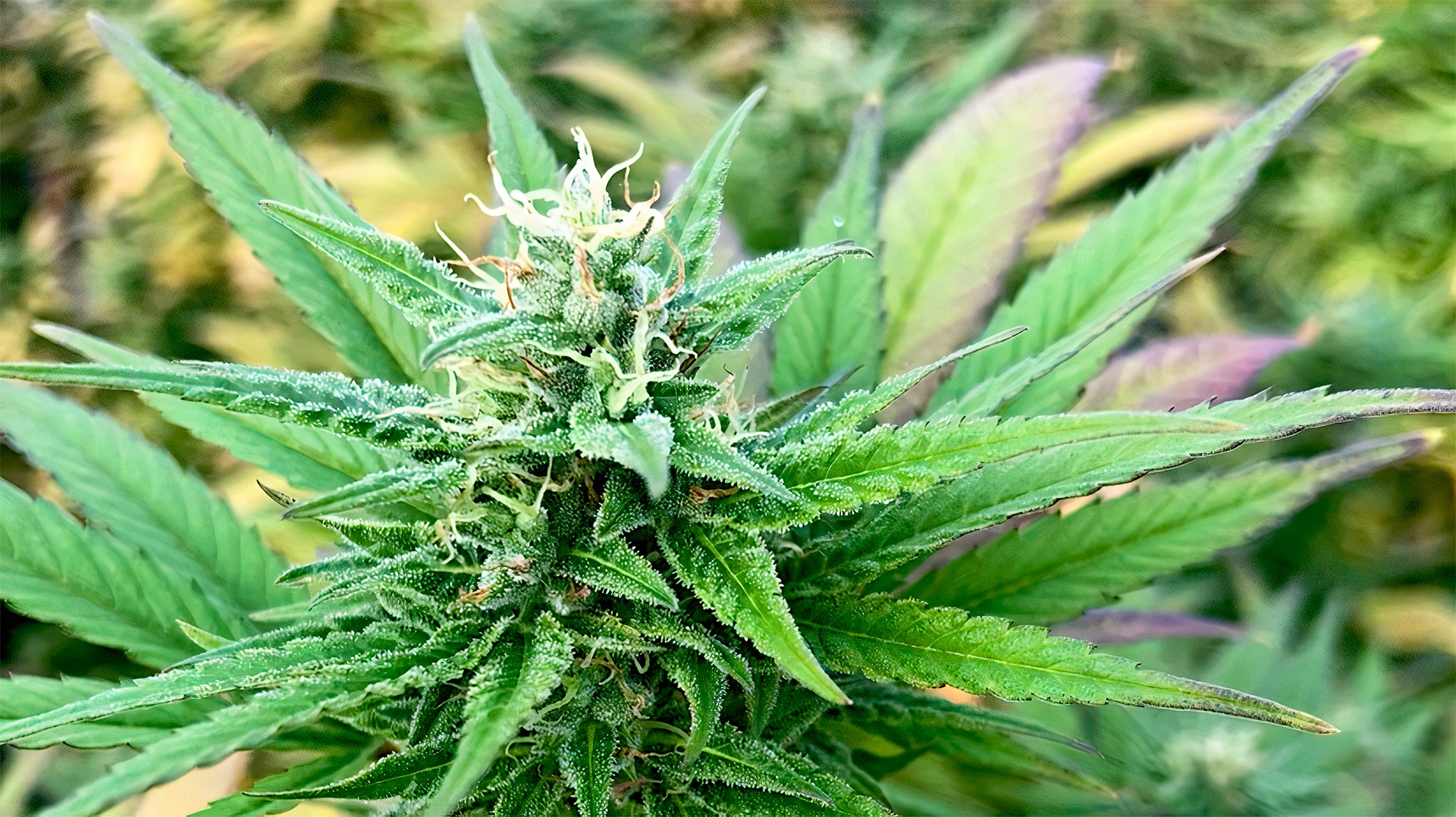 On the industrial side, it’s infrastructure and being able to tap into it to those hard barriers of entry that petroleum plastics have put in front of us. All the plastic pollution in the ocean and rivers and streams now has just become overbearing. And what do you do about it? The first reaction is [to say], “People, quit littering.” But single use plastic is going to find its way out of the trash and into the ground and water. So, yes, we need to change our habits, but why not change the plastic, too? Why couldn’t you change from petroleum plastic to hemp plastic?

Petroleum plastic will take thousands of years to biodegrade if it biodegrades at all. There are huge mounds of trash floating the ocean. It’s hazardous to marine life. If it were hemp plastic, after about 30 to 60 days it would start to biodegrade. Even when it biodegrades, it becomes a food source for marine life. That’s just one example out of 20,000.

If we had more manufacturing brought back to the United States, then we’ll have some infrastructure to support these hemp products like hemp plastic and even CBD. That was one of the hurdles of the between 2016 and now. There weren’t a whole lot of processors out there to bring it in and process it. That was a bottleneck for a while.

M: Is there anything else you want people to know about hemp farming?

F: I think the consumer knows that the farmers that jumped out and grew this are pioneers. We all were jumping into an unknown and had we not, there would not be this abundance of CBD out there because there had been very few people growing it.

Hemp promises good things for both the wellness of individuals and the planet as a whole. Because of trailblazing farmers like Fen, Tranquil Earth can offer the best CBD products made from high quality, US-grown hemp to help you find your balance.

P.S. In addition to being an entrepreneurial farmer, Fen paints contemporary impressionist works. Check him out @fen_rascoe_studio on Instagram to see some of his art.